The One Show finalists get a masterclass in theatre

The nine young people selected as finalists in the BBC and Shakespeare North Playhouse playwriting competition have taken another exciting step forward in their efforts to bring their ideas to life, thanks to a masterclass from industry experts.

The nine finalists took part in their latest online mentoring session led by Laura Collier the Creative Director of The Shakespeare North Playhouse. The young people were given a glimpse of the new theatre currently being built in Prescot and provided with an insight into some of the important roles within professional theatre. They also discussed different types of theatre making and how to place audiences at the centre of creative thinking. As part of the session they also heard from writer and director Jude Christian. 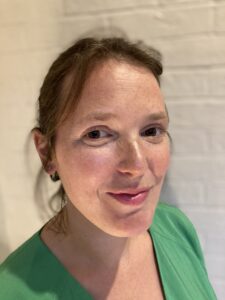 “It was wonderful to lead the session with these highly talented young people and I hope we were able to give them useful information to help them to shape their ideas further in the coming weeks. I was delighted to be able to welcome Jude along on the day. Jude gave a unique insight into the role of the Director and her experience of bringing to life world premieres of plays.”

As another highlight of the session, the young people were given a virtual backstage tour of  Disney’s The Lion King in the West End. The cast and crew gave some inspirational advice, including insights from the puppeteers, production management and lead actors.

The ‘As You Write It – Your Play on Stage’ competition has been organised by The Shakespeare North Playhouse and the BBC’s The One Show. Launched in June 2020, the national competition was open to young people from the age of 7 up to 16 years old (at the time of entry). More than 1300 young people submitted their ideas which were then judged by an expert panel including author Kiran Millwood Hargrave and playwright Natasha Gordon. In November 2020 the 9 finalists were announced on The One Show and they had their first online mentoring session in January 2021.

The finalists will take part in one more mentoring session before completing their final plays which will be judged by industry experts before three winners (one from each age category) are announced later in the year.