Shakespeare North Playhouse on target to open in summer 2022 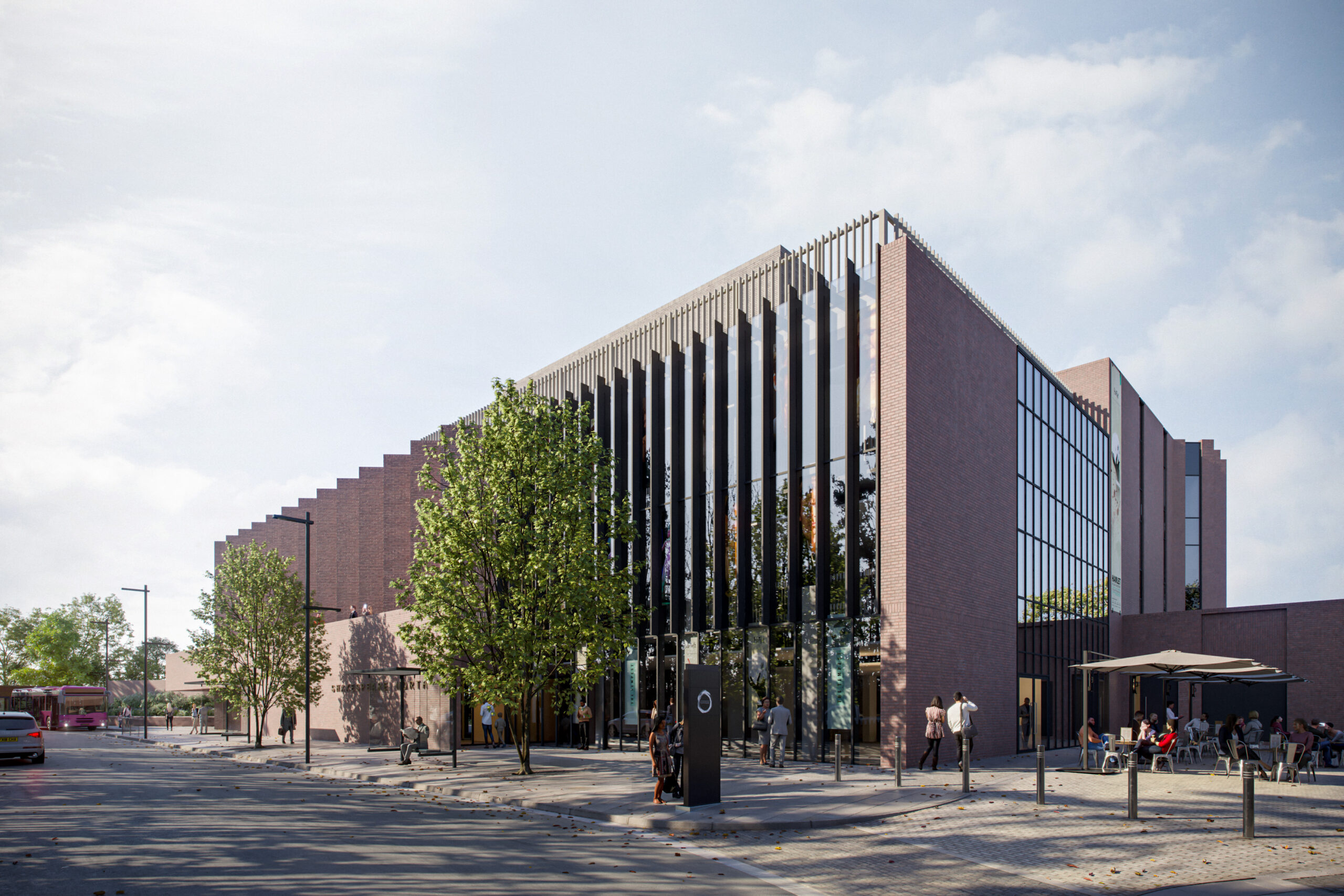 To mark this latest milestone, an updated image of how The Playhouse will look, when complete, has also been released.

A meeting of the Council’s Cabinet considered a report outlining the ‘intense scrutiny’ of the Trust’s business plan and operational readiness to oversee the successful management of The Playhouse when it opens to the public next year.

This decision effectively now paves the way for The Playhouse to make the transition in the coming 12 months from being a major construction project into a fully operational arts venue.

The Chair of the Shakespeare North Trust is Max Steinberg CBE. He commented:

“I am delighted to have reached yet another positive milestone for the project and that we can now focus squarely on the opening of The Playhouse and welcoming the public through the doors.

I know that my fellow Trustees share my excitement and anticipation ahead of the opening.  After many years in planning and construction, this will be a momentous occasion – not just for those directly involved but for the wider community of Knowsley and the Liverpool City Region.

The Shakespeare North Playhouse is quite simply a once in a lifetime project and the Trust is both honoured and excited to be formally appointed as the operator for this transformative venture.”

It was the founding members of the Shakespeare North Trust who first came up with the vision to celebrate the unique history of Prescot and create a contemporary Shakespearean theatre back in 2006.  Working in close partnership with Knowsley Council, the Trust has been involved in the project ever since – developing its own governance and membership to prepare for its role in overseeing an extraordinary programme of activities at The Playhouse when it opens next year.

The Trust’s appointment includes taking a 25-year lease on the building, entering into a management agreement and agreeing to meet certain targets for engaging local companies and ensuring the local community has access to The Playhouse and all it has to offer.

This appointment will now also allow for the recruitment of a senior leadership team to run and manage The Playhouse.  This will include the appointment of a Chief Executive which is expected soon.

A spokesperson for Knowsley Council commented:

“With the opening of the Playhouse now only just over a year away, appointing an operator for the venue is a really important step forward.  Although the Trust has been involved in the project throughout, as major funders, the Council needed to be assured that the Trust was capable, skilled, and prepared to oversee the operation of such a significant project.

Over recent months, we have worked with Arts Council England to scrutinise the Trust’s business plan and operating model and sought independent expert advice to assure us of their suitability as the operators.  We can now look ahead to the opening of The Playhouse – something that has been a long-held vision for the Council and its partners.”

The Shakespeare North Playhouse will open to the public in the summer of 2022 and will host a variety of work including high profile Shakespearean drama, comedy, music, and many other genres of performance.

The iconic building, currently under construction, will be home to an extraordinary timber framed theatre, modelled on the Inigo Jones cockpit-in-court masterpiece of the 17th Century.  It will also boast an inclusive education programme, digital gallery and additional performances spaces including a studio and outdoor performance garden.

The project has been funded through significant capital investment from Knowsley Council, the Liverpool City Region Combined Authority, and central government.  In addition, more than £1 million has been raised through private donations including a significant contribution from the Sir Ken Dodd Charitable Foundation Trust.