The nine finalists in the As You Write it – Your Play on Stage competition have this weekend embarked on their playwriting journey thanks to the expert support of award-winning writer Frank Cottrell-Boyce and acclaimed playwright and university lecturer Evan Placey.

The nine young people aged from 10 to 17 years old all took part in an online mentoring session – the first of a series they will benefit from as part of their prize. This session – entitled ‘How to write a play’ gave the finalists a glimpse of how the experts do it – everything from formatting a script to stage directions. The young people were also given the opportunity to ask questions of the experts involved before they go away and develop their ideas further.

Evan Placey, a playwright himself who currently teaches playwriting across the UK, led part of the session. He said:

“It is an absolute pleasure to be involved in the competition and to be able to support these young people to bring their ideas to life. It is so exciting to think that for three of the young people I worked with, they will get the chance for their ideas to be showcased on the stage at The Shakespeare North Playhouse!

We already know that these young people have the imagination and creativity to come up with amazing ideas, so this session was really designed to give them all a good grounding into the practicalities of how to write their script. They were able to ask us questions and we have provided each with some written guidance that they can refer to in the coming weeks.” 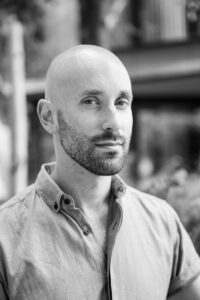 The ‘As You Write It – Your Play on Stage’ competition was organised by The Shakespeare North Playhouse and the BBC’s The One Show. Launched in June 2020 the national competition was open to young people from the age of 7 up to 16 years old (at the time of entry). More than 1300 young people submitted their ideas which were then judged by an expert panel including author Kiran Millwood Hargrave and actress Natasha Gordon. In November 2020 the 9 finalists – across the three age categories – were announced on The One Show.

The finalists will receive the guidance of industry experts to learn how to develop their ideas, write a script and how to put on a play. This exciting first session ‘How to Write a Play’ will be featured on BBC’s The One Show in early February. Further mentoring sessions will take place in the coming weeks and the final three competition winners will be announced later in the year.

Max Steinberg CBE, Chair of the Shakespeare North Trust welcomed the young people to their first mentoring session, he said:

“Since we first came up with the idea of this competition the key focus for us all has been to ensure we provide a really valuable experience for these incredibly talented young people. Part of that has been a real desire to make sure they get advice and guidance from skilled professionals and today marked the start of that process. It was quite wonderful to be part of and we are all so excited to see how their ideas come to life in the coming months.

It’s a big milestone to reach this stage of the competition. It is also a big moment for The Shakespeare North Playhouse as this means that work has now begun on what will be some of the Playhouse’s first performances. It’s a very exciting moment.”

Construction work continues on The Shakespeare North Playhouse which is due to open to the public in 2022. The Playhouse will complete the UK’s Shakespearean triangle with The Globe in London and the RSC in Stratford-upon-Avon.