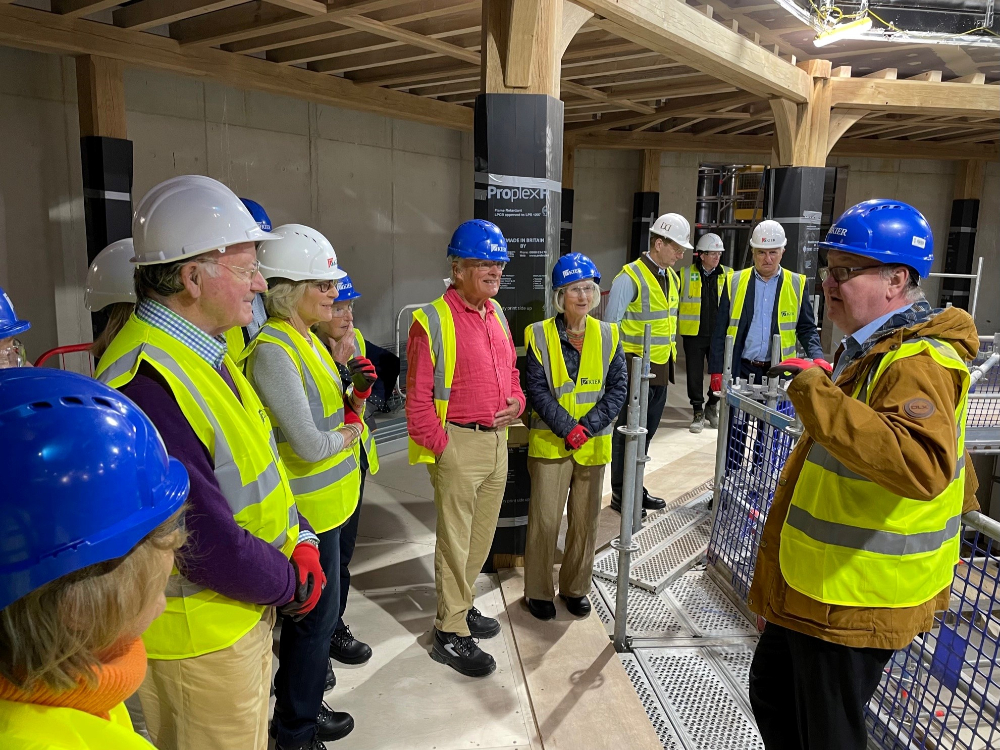 For the first time in more than 500 years, the worlds of Shakespeare and the Stanley Family (Lord & Lady Derby from Knowsley Hall) collided once more in Prescot on Merseyside recently.

Edward Stanley the 19th Earl of Derby, his wife Lady Derby and other family members went on site at The Shakespeare North Playhouse. They were keen to observe the progress made on The Playhouse – a project inspired by their ancestral connections to the world’s most famous playwright William Shakespeare.

During the sixteenth and seventeenth centuries, the Earls of Derby were well known as theatrical patrons and Lord Strange, the fifth Earl of Derby maintained a troupe of actors, or players as they were known, called Strange’s Men. These actors performed Shakespeare’s plays at the Rose Theatre in London and almost certainly at the residences of the Stanley family, which included Knowsley Hall.

During this time, Prescot was the only place outside London to be home to a theatre, or Playhouse as it was called, and the new theatre being built in the town today will recreate the intimate Cockpit in Court design by Inigo Jones. 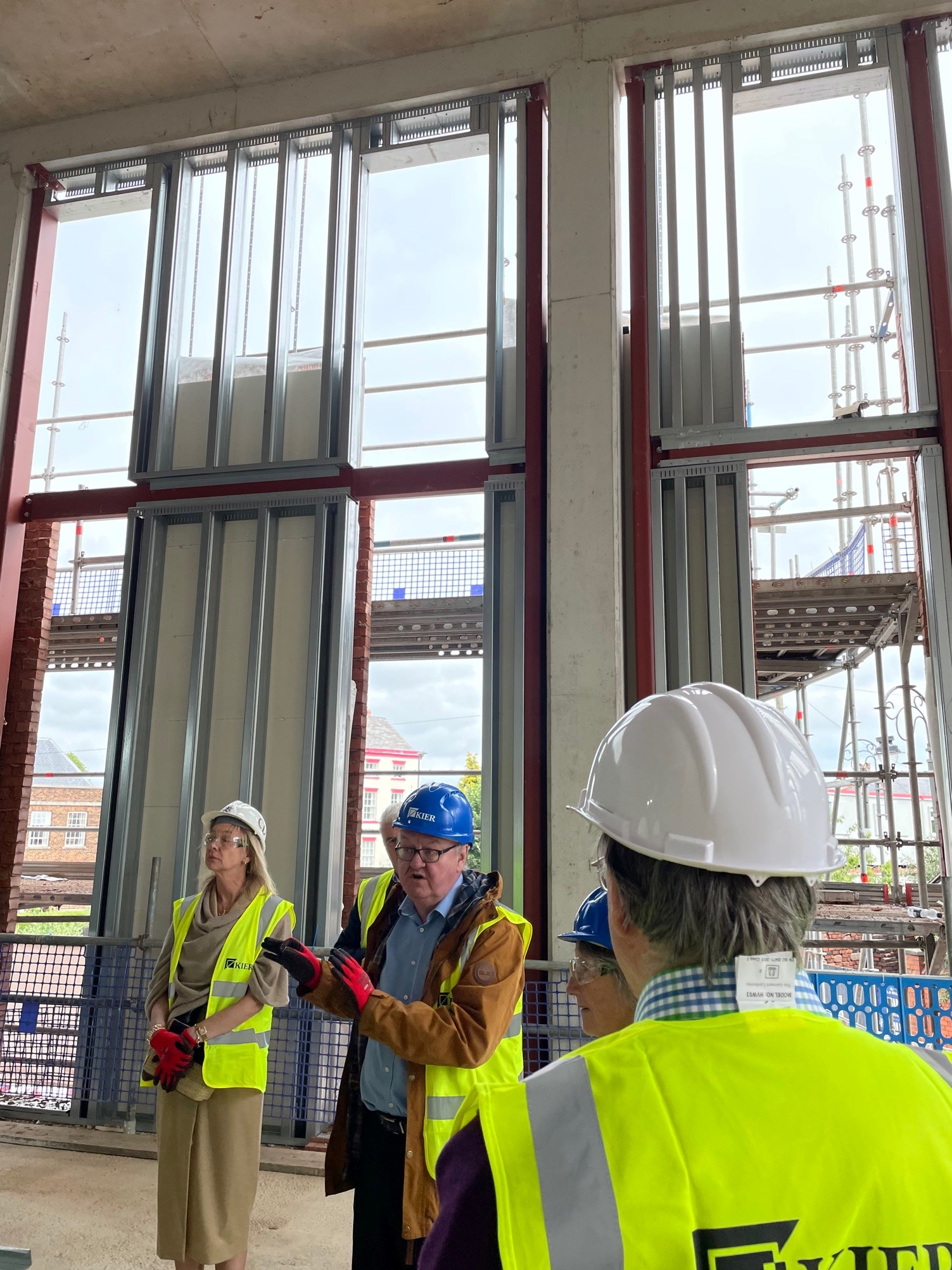 The current Earl of Derby is a huge supporter of the project and President of The Shakespeare North Trust. He commented:

“I was absolutely delighted to be able to go on site and see for myself the amazing progress made during the pandemic. It is truly remarkable to see the theatre coming to life – to see the place where performances will take place and to reflect on our own family links that have helped to inspire this project in the first instance.

We are incredibly proud of our connections to William Shakespeare and of our patronage of theatre and the arts over many years. To be able to come on site at The Playhouse was a real privilege and a very special moment for us as a family.”

Also accompanying the family on the visit was Lindsay Bury whose own woodland on the Millichope Estate in South Shropshire provided some of the 200-year-old oak that has been used in the timber frame of the theatre at The Playhouse.

Construction work is progressing well on site and The Playhouse is on target open in summer 2022 – the year that Knowsley will become the Liverpool City Region Borough of Culture. 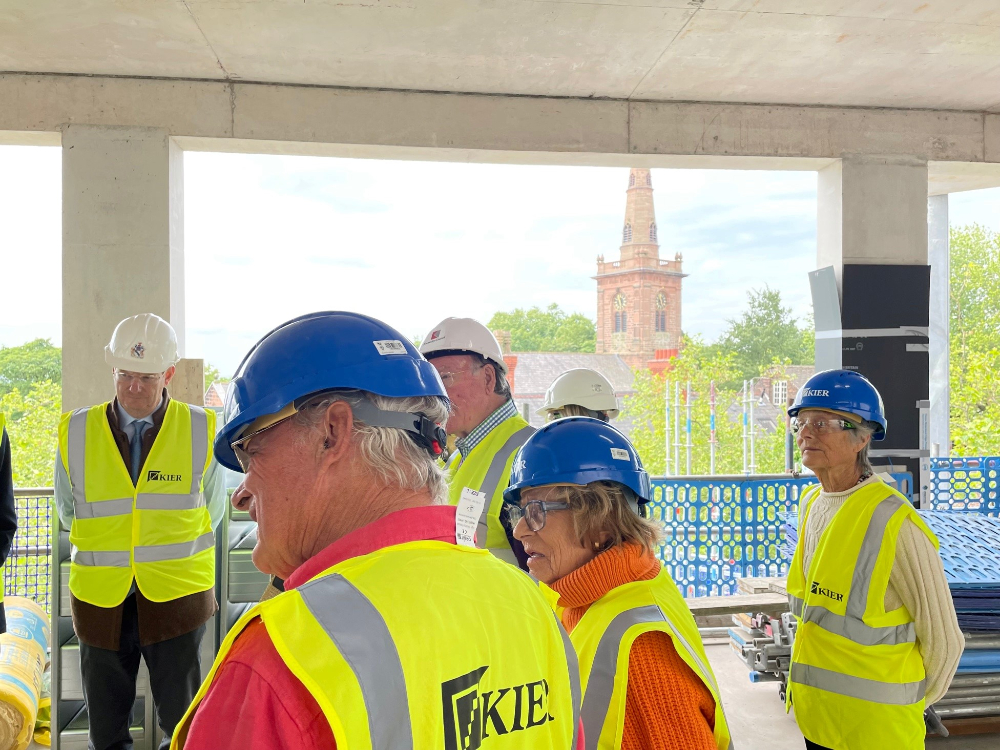 Max Steinberg CBE is Chair of The Shakespeare North Trust and accompanied the family on the visit. He commented:

“It was a very special moment to witness the current Earl of Derby stand in the space of what will be the stage at The Playhouse. It is remarkable to think that his direct ancestors were so instrumental in the development of theatre in this country and indeed that their support for playwrights and actors – including Shakespeare – hundreds of years ago has given us all access to such a rich and interesting body of work.

What was even more remarkable for me is to think that the ancestors of many people living in Prescot today may also have had the chance to see performances at the Playhouse that used to stand in this town in Elizabethan times. How wonderful to think that people living here now will have that same opportunity very soon.”