As You Write It competition – Winners announced!

Exactly one year on from its launch on BBC’s The One Show, the winners of the ‘As You Write It – Your Play On Stage competition’ have been announced.

The national playwriting competition, organised by The One Show (BBC One, weekdays, 7pm) and The Shakespeare North Playhouse, invited children and young people across the country to come up with an original idea for a play. The three ultimate winners of the competition (one in each age group) would then go on to develop their idea and see it performed at The Shakespeare North Playhouse in Prescot during its opening season in 2022.

After months of hard work, mentoring and deliberation by the judges, Rosie aged 10, Ruby aged 14 and Ana aged 16 have been selected as the ultimate winners – from more than 1300 children and young people who initially submitted their ideas.

All entries were whittled down by an expert panel of shortlisters and the top three entries per age group were chosen by a panel of judges.

These nine finalists were then given the extraordinary opportunity to be mentored by industry experts and to hear from performers, writers and directors who shared their advice and guidance as the young people developed their ideas into full scripts. Judges, including The One Show presenter Alex Jones, children’s author Frank Cottrell-Boyce, award winning playwright Nessah Muthy, and Director and writer Jude Christian met last month to review the final scripts and decide on a winner for each age category.

“It has been a wonderful privilege to have been involved in this competition in which the standard of the entries really was exceptional. So many of the ideas and scripts I read show incredible imagination and potential and it has been an extremely difficult task to select our winners.

However, as a panel of judges we did reach a consensus and I think everyone that took part is really delighted with the three plays we have chosen. All three winners show a real passion for writing, theatre and performance and their ideas are both original and contemporary. There are some really charming ideas, clever twists and theatrical moments in all the plays that I know the audiences at The Playhouse will love. Congratulations to all the finalists and, of course, to our three worthy and wonderfully talented winners.”

Alex Jones said: “I’ve been bowled over by the creativity and talent shown by all the young people involved in the competition. To come up with a brilliant idea is one thing, to develop that into a full script for the stage is such an incredible achievement. All the finalists did a fantastic job, and I can’t wait to see the winning plays be brought to life at The Shakespeare North Playhouse next year – a fantastic prize for these amazing young playwrights”.

“Being involved in this project from the very outset has been a wonderful experience and I would like to thank the BBC for their support and enthusiasm to help us run this competition.

Engaging and motivating children and young people is an important priority for The Shakespeare North Playhouse and this competition has been a great vehicle for achieving that. Having seen first-hand the creativity and imagination of young people from across the country, I am confident that the future of playwriting and performance is very bright. I can’t wait to see the winning plays performed at The Playhouse next year.”

The three winners will now go on to work directly with The Shakespeare North Playhouse to develop and produce their plays, all three of which will be performed at The Playhouse during the opening season.

Alongside innovative, high-profile Shakespearean drama, The Playhouse will also host a wide-ranging programme of performances and cultural activity that spans art forms and appeals to a broad range of audiences.

The iconic building, currently under construction, will be home to an extraordinary timber framed theatre, modelled on the Inigo Jones cockpit-in-court masterpiece of the 17th Century. It will also boast an inclusive education programme, digital gallery and additional studio space and an outdoor performance garden. 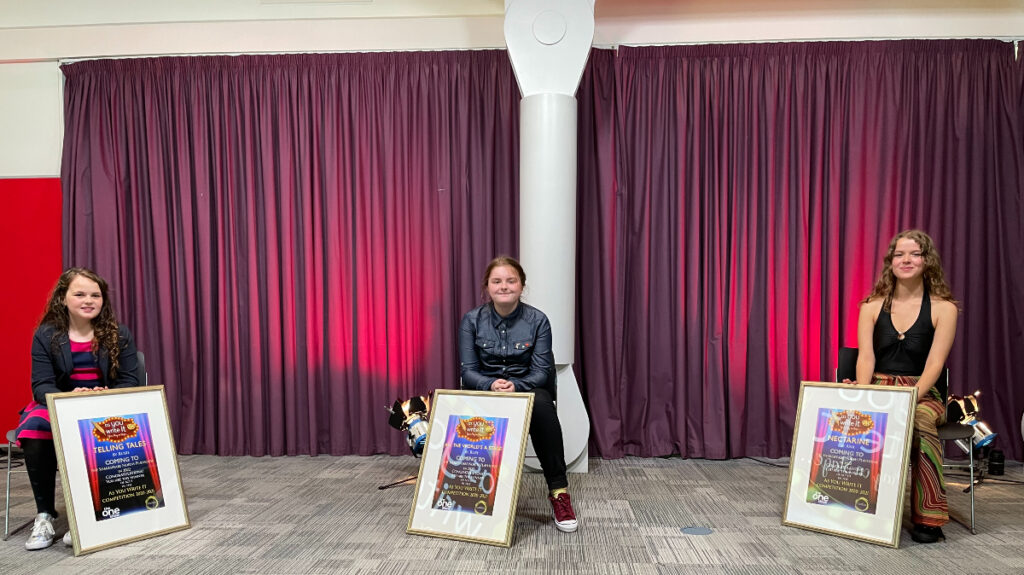 The ‘As You Write It – Your Play on Stage’ competition was organised by The Shakespeare North Playhouse and the BBC’s The One Show. Launched in June 2020 the national competition was open to young people from the age of 7 up to 16 years old (at the time of entry). 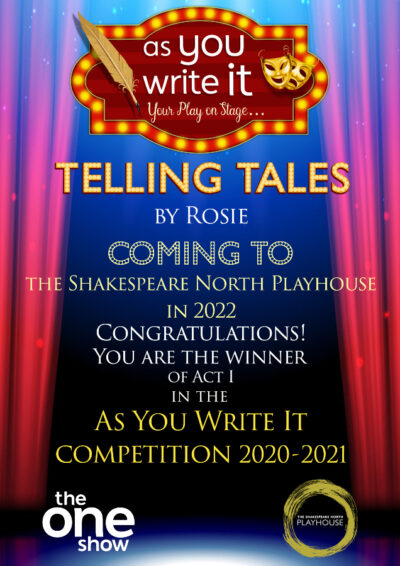 ‘Telling Tales’ by Rosie (10) from Ayrshire

Rosie has taken well-known nursery rhymes and tales and turned them on their head to create something really original. Her play is all about solving the mystery as to whether Jill pushed Jack down the hill, with Humpty Dumpty, Little Bo-Peep and Twinkle Twinkle Little Star all on hand to give their take on events. 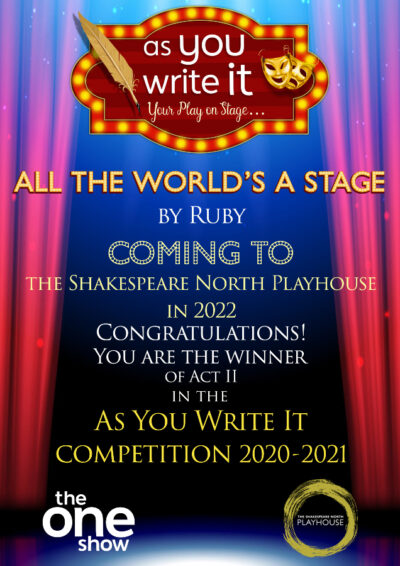 ‘All the World’s a Stage’ by Ruby (14) from Lancashire

Ruby entered the competition with a comedy set in modern-day Liverpool. It’s a story about the relationship between a schoolgirl and her imaginary friend – William Shakespeare! Finding comedy in the Bard’s fish-out-of-water situation in 21st Century Liverpool, there is also great heart in the tale of the gradual mending of the relationship between the protagonist and their father. 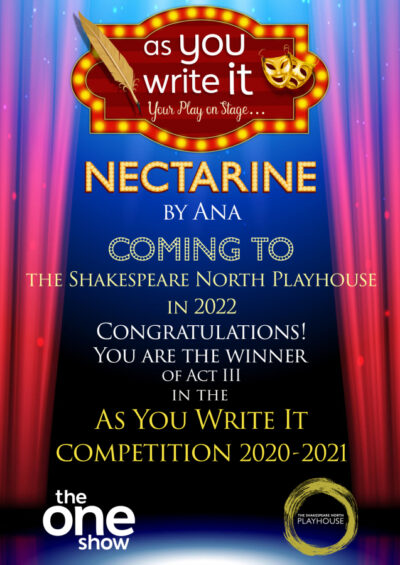 ‘Nectarine’ by Ana (16) from Brighton

Ana’s play is a powerful story of friendships, family and relationships. Through the eyes of main character Anne, the play carefully weaves together a number of LGBTQ+ topics. Written with huge warmth, the story stands up for people’s differences.