Several historical strands are braided together into the story that the Playhouse celebrates.

Firstly, there is the Elizabethan “play howse,” “lusorium,” or “theatrum” that existed in the small town of Prescot from the mid-1590s until 1609.  The playhouse was built by Richard Harrington, from nearby Huyton, who became active in Prescot in 1595, buying a cottage and garden, so making him eligible to build in the town. His older brother, Percival Harrington, then became Deputy Steward of Prescot (the town’s main official under the Earl of Derby as Steward) in 1596. This would have further facilitated gaining permissions to build. It is likely that the playhouse was constructed in 1595 or 1596.

The playhouse was situated at the far end of the High Street (now Eccleston Street) away from St Mary’s Parish Church and the marketplace. It was near to the town’s stocks, pond and ducking stool. It was a relatively small building: the site on which it was built was 29 feet in the east; 57 feet on north and south; and 15 feet at the west end, equalling 1,250 square feet overall.

There are, unfortunately, no currently known records of what plays were performed there or what troupes played in it.  It stopped functioning as a playhouse in 1609 when the building was converted into a “Howse for habitacion”.  But there is a tantalising later reference to the presence of Queen Anne’s Players in Prescot in 1618 when they were involved in a street fight with some Prescot men.  One of the players and James Ditchfield of Prescot appeared in court for “makinge a Tusle” on each other. Queen Anne’s Men had a reputation for playing to rowdy audiences – and it seems that their reputation came with them to Prescot.

The Earls of Derby

The history of the Earls of Derby makes up the second strand of The Shakespeare North Playhouse story. There were strong links between Prescot town and the Earls of Derby, one of whose major residences, Knowsley Hall, bordered Prescot (as it still does today.) And the Earls of Derby have long been known as important theatrical patrons.  The history of their patronage from the time of the Fourth Earl, Henry Stanley (1531-1593), through the lives of the Fifth Earl, Ferdinando Stanley (1559-1594), the Sixth Earl, William Stanley (1561-1642), to the Seventh Earl, James Stanley (1607-1651) is central to the theatrical heritage that is commemorated in The Shakespeare North Playhouse.

While it is the Sixth Earl who was most likely to have had an association with the Prescot Playhouse, it was his elder brother who, as Lord Strange (his title before he became Fifth Earl of Derby), maintained the most famous troupe of players connected with the Stanleys: Strange’s Men. 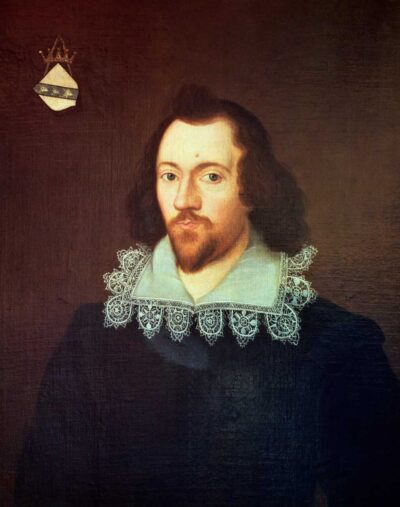 It is through Strange’s Men that Knowsley is connected with Shakespeare. Lord Strange’s company is known to have performed Shakespeare plays at the Rose Theatre in London in the 1590s. They also performed, almost certainly, at the Lancashire residences of the Earls of Derby, along with other highly prestigious troupes such as the Earl of Leicester’s Men.

Most importantly of all, Strange’s Men was the precursor company to The Lord Chamberlain’s Men: Shakespeare’s company at The Globe.  Five of the six leading players in Strange’s Men were later named as members of the Lord Chamberlain’s Men:  Thomas Pope, Augustine Phillips, John Heminges, William Kemp and George Brian.  Recent research by the theatre historians Lawrence Manley and Sally-Beth MacLean has revealed the links between the Stanleys, Strange’s Men, and Shakespeare in authoritative detail. This third strand of The Shakespeare North Playhouse story relates Knowsley’s history to the better-known, London-based Shakespeare history. 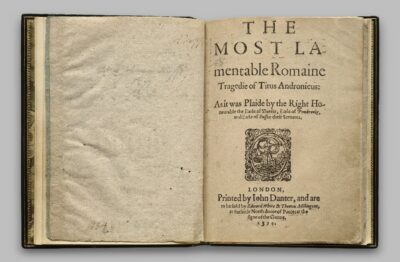 Since Prescot’s own Elizabethan theatre was small and simple, The Shakespeare North Playhouse will commemorate Knowsley’s theatrical heritage by re-creating the only major London theatre of the period that has not been reproduced elsewhere: the Cockpit-in-Court, designed by Inigo Jones.

This theatre was a conversion of the Cockpit in Whitehall that had originally been built for Henry VIII and Anne Boleyn.  Shakespeare North’s Cockpit-in-Court Theatre, cradled in the larger Shakespeare North Playhouse building, is – fittingly – located on the site of Prescot’s own Elizabethan and Jacobean cockpit.

Inigo Jones converted the original Cockpit to a theatre for Charles I and his court in 1629.  The Cockpit had already been adapted to function as a theatre on several previous occasions in the sixteenth and early seventeenth century, so Jones’ full re-development of the building as a purely theatrical space was one in a series of changes that the building underwent.  The Shakespeare North PLayhouse’s Cockpit-in-Court echoes the fluid nature of the original building.  The re-created playhouse will be an equally adaptable building, although it has been created with faithful attention to the original by Helm Architecture, the design architects for The Shakespeare North Playhouse, and Peter McCurdy who also built Shakespeare’s Globe and the Sam Wanamaker Playhouse in London.

The story of the Cockpit-in-Court theatre and its re-creations, in the past and the present, make up the fourth strand of the overall story that The Shakespeare North Playhouse celebrates. 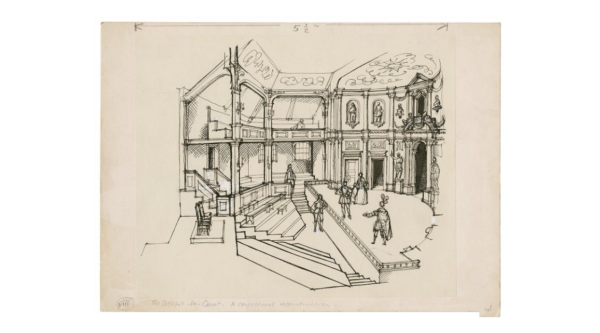